In isolation on Aegina

On returning from Western Europe in April 1933, Kazantzakis went to Aegina, the place where he had already chosen to settle permanently. He continued to work on the Odyssey, while also composing the cantos for his Tertsines, translating Dante, Cocteau, Hauptmann, Shakespeare, Pirandello and Goethe, and writing travels books, plays and novels in French.

In 1936 he began building his own house on the island; he moved in with Eleni a year later, before building work was complete.  Kazantzakis only rarely left Aegina, on some occasions to travel (to Japan and China, Spain and England) and in 1938 to supervise publication of the Odyssey. 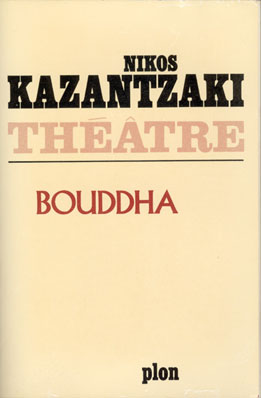 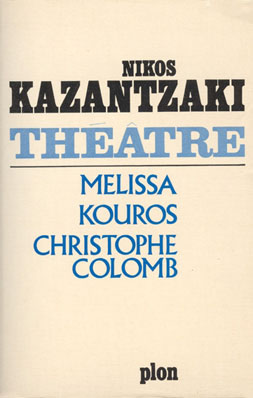 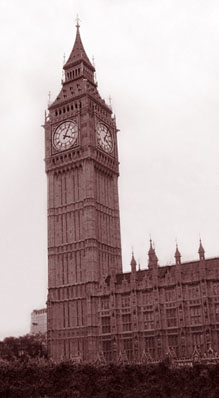 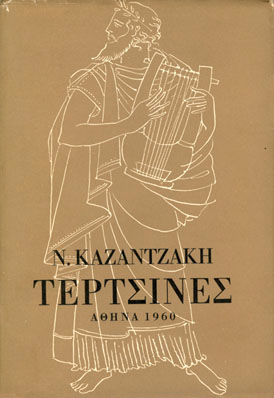 Kazantzakis’ everyday life revolved around studying and writing. He would wake up very early and work in his study until midday. Following a short break he would continue studying, and in the late afternoon would usually go out for a walk.

He loved long walks in the countryside and along deserted shores, but most preferred uphill routes, since ascent stood for the constant struggle to fulfil his duty; he preferred to dwell at high altitude, and even his study was rarely on the ground floor. 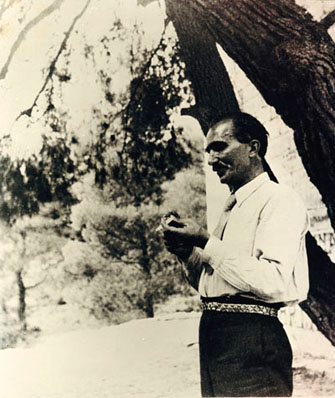 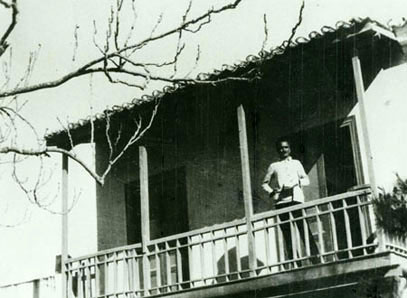 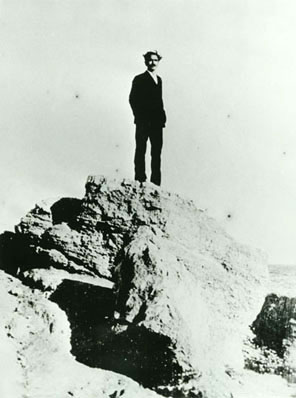 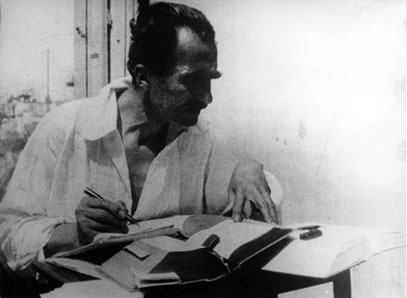 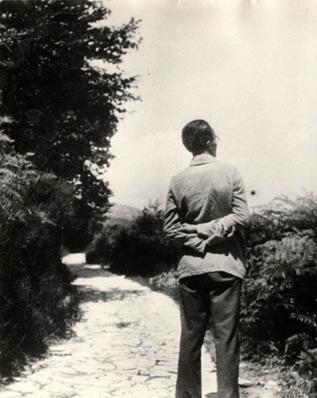 While translating Pirandello for the Royal Theatre, in 1936 Kazantzakis wrote a modern, Pirandellesque comedy entitled Othello Returns, which remained unpublished until 1962. In 1937, following a trip to the Peloponnese, he wrote the tragedy Melissa, which was published in Nea Estia in early 1937.

It had been commissioned by Leipzig publisher Grethlein, but the Nazi regime prevented it from appearing in print. It thus first appeared in Dutch translation in 1939; the French text was published later, in 1959.

Immediately after completing Le Jardin des Rochers, Kazantzakis set to work on another French novel, Mon père, which was reworked on Aegina in 1940 and eventually used in Freedom and Death. 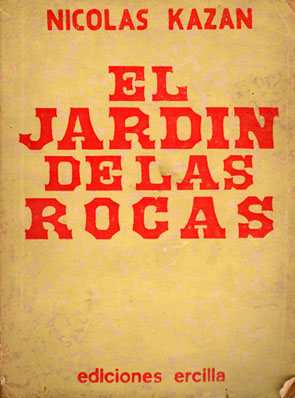 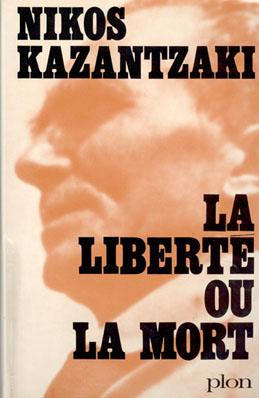 In July 1935, Kazantzakis and Takis Kalmouchos bought a field at a site called Livadi outside the main town. He called it “the Rock”. In 1936 foundations were laid for a house – the “Cocoon”, as Kazantzakis called it – to plans drawn up by the architect Vassilis Douras.

In the spring of 1937, when the Kazantzakis couple moved in, the house was still only half built, and they became personally involved in completing the construction works. Nikos helped the builders, filled joints and supervised.

A carved wooden mermaid that Kazantzakis had seen in one of the island’s boatyards was later to be placed on the northwest veranda. Over the lintel was a black and gold mosaic of the holy wheel of Shintoism.

The Kazantzakis couple lived in the “Cocoon” up until 1946, playing host to Sikelianos, Prevelakis, Kakridis and dozens of other friends. It was there that Nikos wrote a large part of his work. 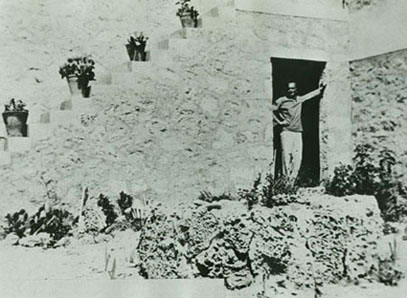 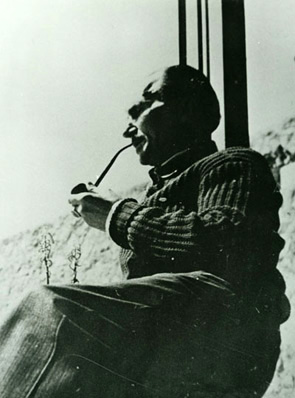 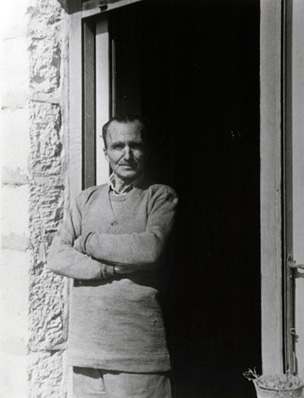 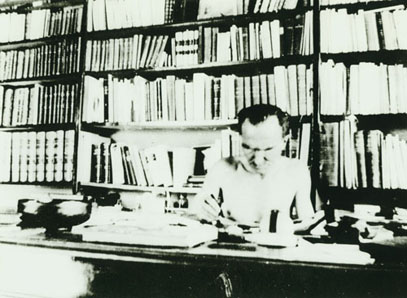 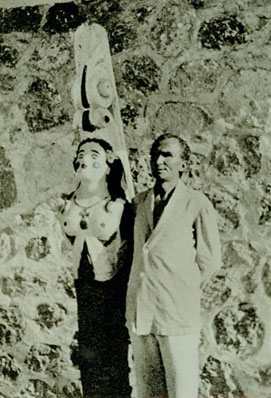 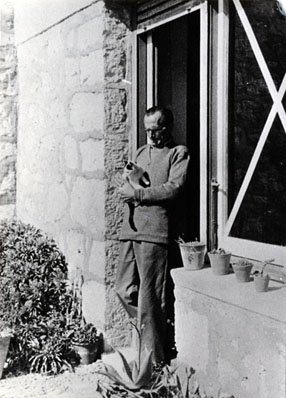 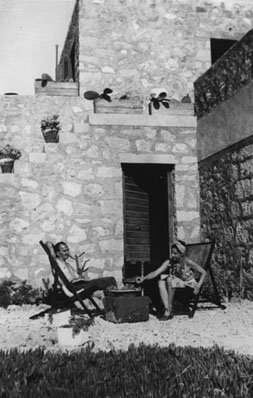 In February 1935, Kazantzakis embarked on a cargo ship bound for Japan, as a correspondent for the Acropolis newspaper. One month later he arrived in that far-distant land, where the sea reminded him of the Aegean.

His travels lasted until April, when he left to spend about a fortnight in China. There he visited Shanghai and Peking and spent a few days in a small village. The trip provided part of the inspiration for his novel The Rock Garden. 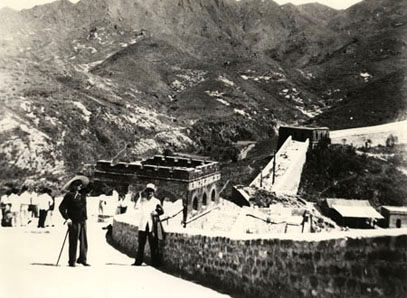 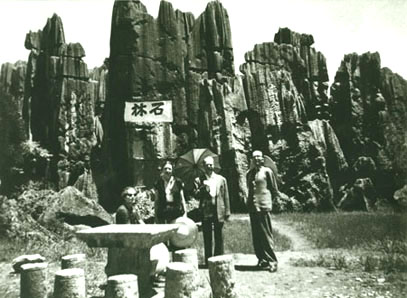 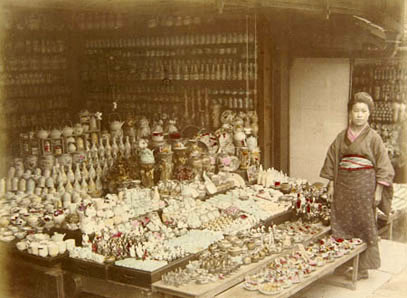 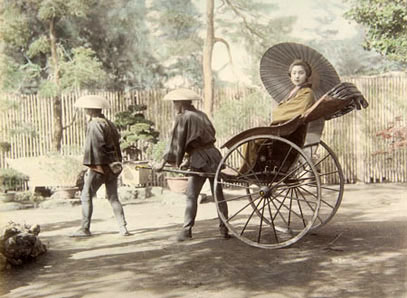 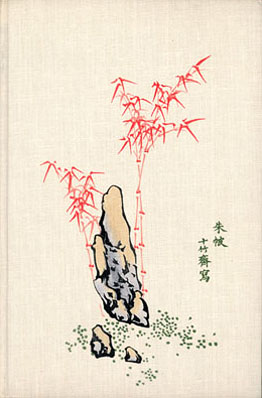 In October 1936 Kazantzakis made another trip to Spain, this time as a newspaper correspondent for Kathimerini [=Daily]. He stayed in the country for a month, covering the Spanish Civil War. 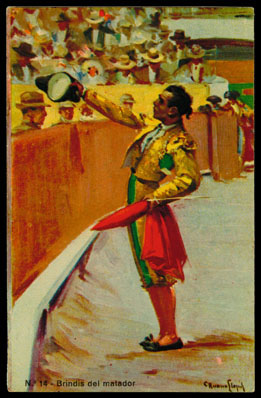 From July to November 1939 Kazantzakis was in England as a guest of the British Council.

Having stayed with Petros Vlastos in Liverpool, he went to a house at Stratford-upon-Avon which was put at his disposal by Joe MacLeod, the American lady who had paid for the publication of the Odyssey. In that house, where Shakespeare’s daughter had once lived, warplanes droned overhead as Kazantzakis wrote the tragedy Julian the Apostate. 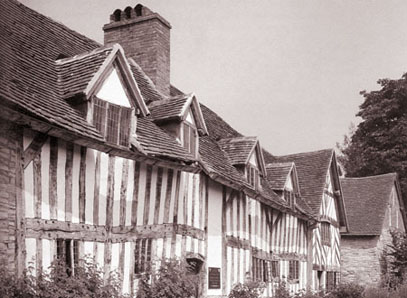 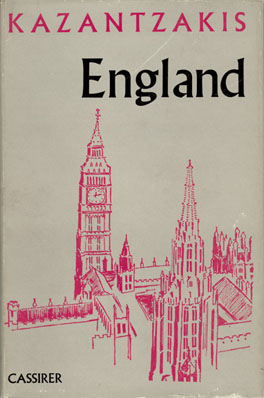 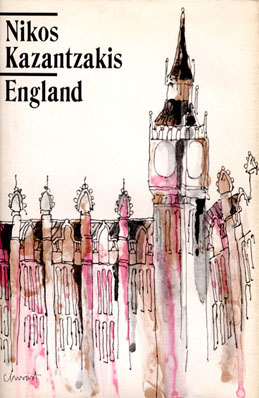 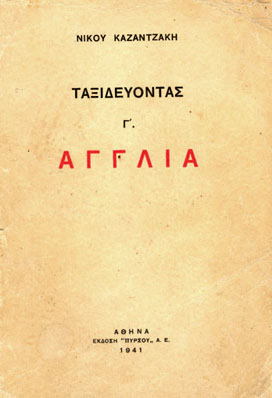 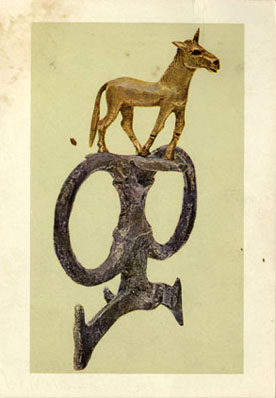